We were lucky enough to stay at Pooja Kanda for 2 nights. We arrived early in the afternoon to meet the villa manager and team of staff. The villa sits high on the hill and with the colonial design is quite impressive. The columns and arches that house the veranda add to the colonial charm and when entering the villa you really have to admire the furnishings and Sri Lankan antiques. A lovely breeze flowed through the villa all day to the late evening.

The bold white pillars, the open-space living, lounge and dining area design, as well as the endless side rooms and terraces provide guests with individual privacy to spend time reading and relaxing. 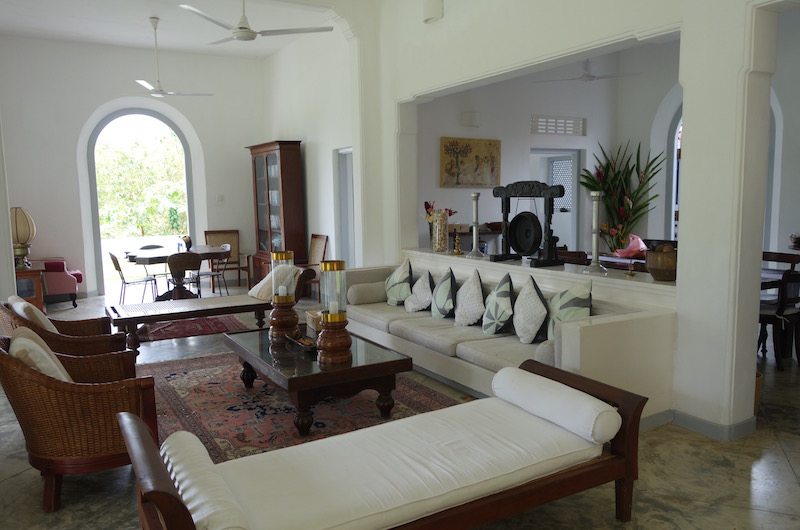 There are 5 bedrooms in total: three upstairs with ensuite bathrooms, and a master bedroom downstairs with an adjoining bedroom – perfect for parents with young children. 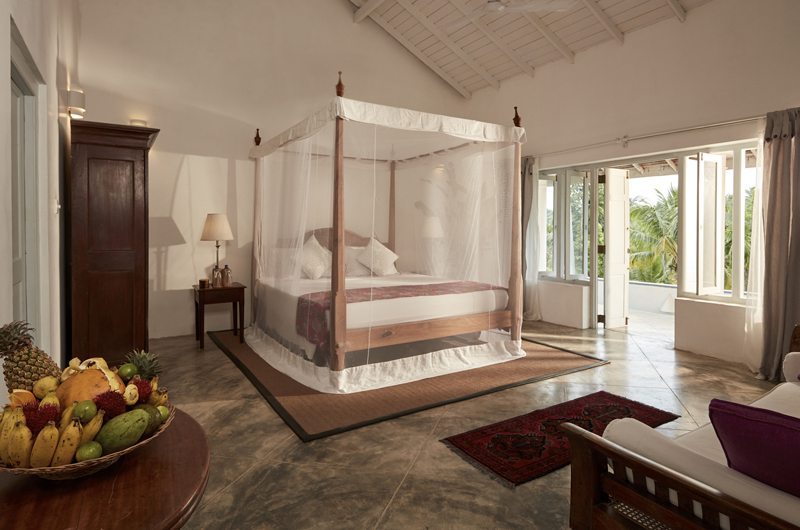 Ordering meals in a villa

We ate like kings throughout our stay and were always served with a smile by the attentive in-villa chef and his team.

When staying at a villa with a full time chef, the food and beverage system is simple. There is a menu to choose from with an extensive selection of traditional Sri Lankan dishes or classic western meals. You order the meals with the staff and they will purchase the ingredients based on the order and the chef will prepare everything for you. The cost is calculated based on the total grocery bill plus a small surcharge of 15.5% on top. 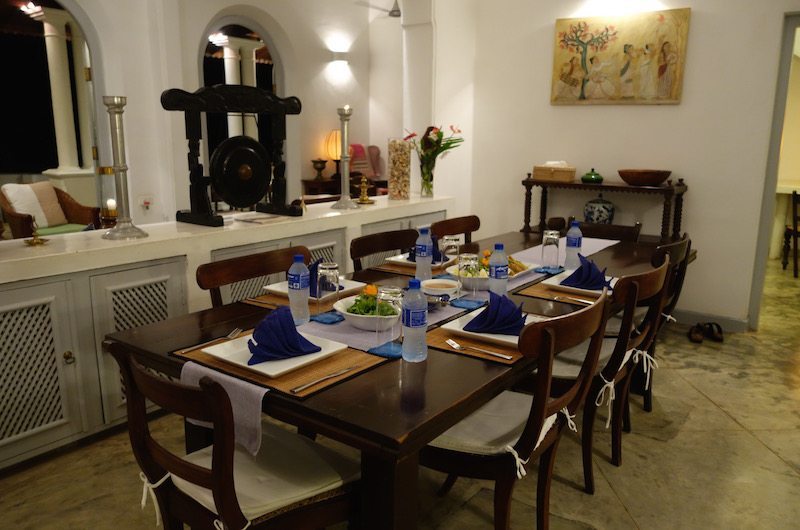 One of the most popular tea plantations in Sri Lanka is just a 25 minutes drive from the villa. The estate is known as the Virgin White Tea Factory – it produces a white tea completely untouched by human hands. 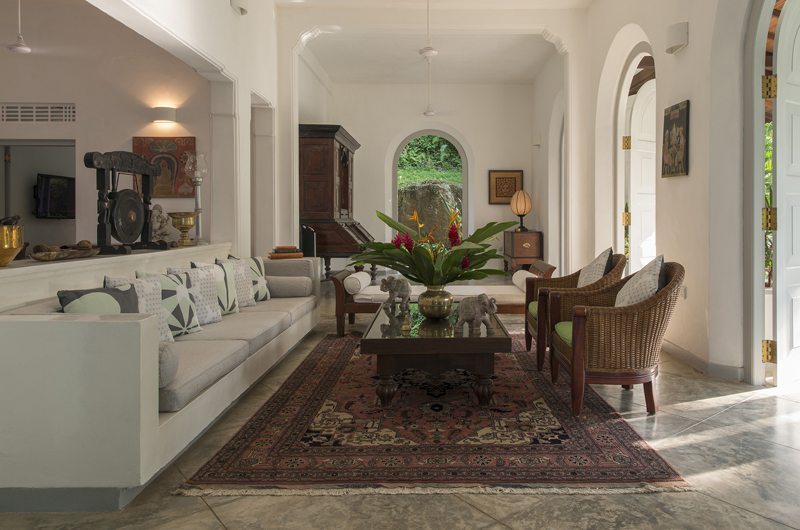 The process of plucking white tea follows an ancient Chinese Ritual where the choicest of teas were cut by virgins who never touched the tea with their bare skin and offered the resulting produce up as a tribute to the Emperor. They mimic this tradition, although these days the ‘virgin’ concept only applies to the tea, not necessarily the plantation workers!

Getting Online in Sri Lanka

It was Ministry of Villas’ first time in Sri Lanka and we didn’t know what really to expect when it came to the Internet speed. The Wi-Fi at Pooja Kanda was amazing given the four of us were online at the same time.

We purchased SIM cards when we arrived at the airport, just in case, but they were not needed at Pooja Kanda. Instead, we used the mobile Internet in the car, updating Instagram with cool photos we took on the way to the villa including the fisherman balancing on wooden poles on the beach nearby.

Talk to our villa specialists... we'll help you find the perfect villa at the best price guaranteed

HELP ME FIND MY VILLA

Help Me Find My Villa

Ministry of Villas is passionate about delivering exceptional service. We believe it’s the little things that make staying in a villa so special. Let us do the ground work for you and help you plan the perfect holiday.

Any cookies that may not be particularly necessary for the website to function and is used specifically to collect user personal data via analytics, ads, other embedded contents are termed as non-necessary cookies. It is mandatory to procure user consent prior to running these cookies on your website.